With the UdN International Summer School 2011, an initiative of the planning and the urban design chairs at HafenCity University Hamburg, we offered a two week summer school program that was designed to encourage user centered design and co-creative solutions in addressing sustainability issues in the neighbourhood of Hamburg Wilhelmsburg.
The task of the summer school was to develop an approach that makes resource-efficient lifestyles more desirable and living in Wilhelmsburg more green.
Cities per se are neither drivers of climate change nor the source of ecosystem degradation; certain consumption and production patterns as well as certain population groups within cities are. The goal of the Summer School was to provide a “bottom-up” approach to greening cities. We focussed on analysing and proposing improvements to the local resource circuits: water, waste, energy, transport, food in the Wilhelmsburg area. By looking at existing systems of provisions and patterns of consumption in Wilhelmsburg, we were looking for ideas that help advance the green economy. Rather than on the large-scale strategic regulatory and infrastructure ideas, we put a particular focus on user-centered, context-specific solutions, ideas that could be pragmatic, experimental and minimalist.
For a period of two weeks in August, 20 international students lived and worked and learned together at the UdN.
The projects they developed were a product or a service or an organisational innovation. The teams prepared a project proposal detailing their innovative solutions which they presented to the UdN ISS Jury and the community.
Whilst we were interested in quantifying as much as possible the impacts of the suggestions, the key performance indicator was be the improvement to quality of life and attractiveness in use. What is interesting is the direction of travel. 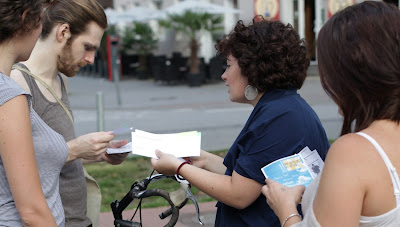 The projects were developed in immediate dialogue with and exploration of the community in Hamburg Wilhelmsburg.
The first two days the students got to know each other and the Wilhelmsburg neighbourhood. They had time to spot out critical aspects of the daily life in this neighbourhood for which they would then develop their “greening” idea.
Lectures held by renowned speakers and researchers provided insight information for delivering green cities. The daytime was in general dedicated to project work where the teams are supported by the faculty staff. In the second week the proposal for the project were finalized.
On Friday, 26 August 2010, students gave a formal presentation to a jury, the teachers and guests of UdN Hamburg. Finally on 27 August 2010, all presentations will be introduced in an exhibition to the public. There will be a vote for the best proposal.
Timetable 2011
Schedule
Location 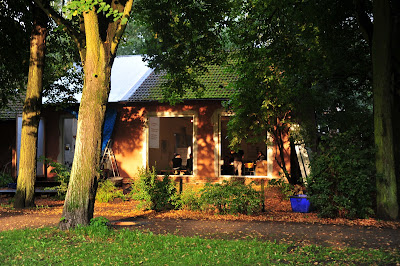 Universität der Nachbarschaften, Hamburg Wilhelmsburg The University of the Neighbourhoods (UdN) is a research and education initiative created by the HCU in cooperation with the International Building Exhibition (IBA) Hamburg and the Kampnagel Culture Factory.
The UdN building is a former health centre in the heart of the Wilhelmsburg district on the Elbe Islands. In a hands-on construction effort led by students and staff of the HCU, it has been converted with maximum economic efficiency and environmental sustainability into a thriving study space, that will be used for a limited period of five years.
The seminars and events run at the UdN are seeking to develop a new methodological approach to urban issues such as urban regeneration, gentrification and immigration, and sustainability. The projects are focussing on active participation and real engagement with stakeholder communities, using the design process, as well as other hands-on activities, for generating collaborative, lasting, and resilient solutions.
Floorplan
Accomodation 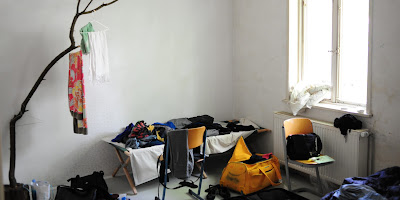 We will be living and working in the University of the Neighbourhoods (UdN): Several rooms are designated for sleeping (there will be camp beds) others for working and some for living.
Food and cooking


The UdN has a “culture kitchen”, which was built for the UdN opening.
We will be using that kitchen and cook ourselves. For dinner every day different teams of 3 to 5 will serve dinner for the rest of the group.
Lunch will be provided. You won’t have to pay for regular food and beverages. 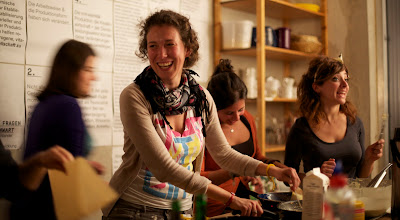 Exploring Hamburg
Hamburg is a “growing metropolis with foresight” and its iconic urban redevelopment projects of the last decade give evidence to its vision for the future.
The Elbe Islands, site for the HCU International Summer School, are currently amongst the most exciting areas for large scale sustainable urban development in Europe. Two stops away from Hamburg Central Station, the island, embraced by two arms of the river Elbe, lies at the  heart of Hamburg and is a natural “stepping stone” between the north and the south of the city.
The area displays a fascinating mixture of cultures and uses, residential, industrial and open spaces. City and port, marsh and water create a unique environment: idyllic rural places, a stock of old houses, overcrowded road and rail routes, derelict industrial sites, areas of social exclusion provide the challenges for development, calling out for new, exciting, pioneering ideas.
Developing such ideas is the focus of the International Building Exhibition IBA, ending in 2013.
This year, Hamburg is also nominated European Green Capital 2011, running a fascinating programme around urban sustainability and climate change adaptation all through the year.
The HafenCity, with its iconic construction site of the Elbphilarmonie by Herzog and de Meuron are other highlights not to miss. 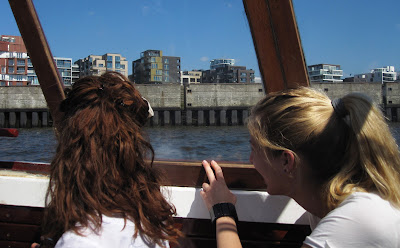 The University of the Neighbourhoods